What Causes A Cannabis Plant To Herm?

When you see a female cannabis plant produce male flowers, what does that mean? Why is it doing that? Does it mean that it’s a plant that’s not worth growing? Should you throw the plant out? These are frequently asked questions from those that are new to growing cannabis as it can be alarming to see. It’s important to keep in mind that a cannabis plant is a sensitive plant, more sensitive than other plant varieties. It requires proper care and a dialed-in environment if you expect it to be of quality. 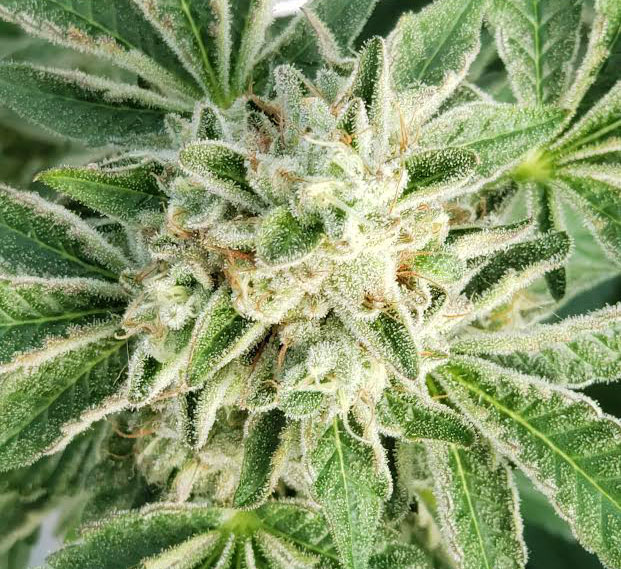 Herm-free plants are a sign of a great environment and proper care There are 3 main things that cause a plant to herm:

One of the many things a plant can’t control is its environment. The environment is the #1 factor that will influence plant health. A common consequence of having a sub-par environment is that a plant will herm. Keep in mind a sub-par environment can be genetic specific. What may cause one strain to herm may not be an issue for a different strain. If you have a herm, it's most likely a good indicator that your environment is not to that particular strain's liking. Cannabis plants exist as either a female, flower-producing plant, or a male, pollen-producing plant. How to detect an unstable plant, or a hermaphrodite plant, is when you find one that has both female and male parts, which is not something you want to see. Hermaphrodites do not produce as much consumable material or medicinal value. This most commonly occurs when a plant is put in an environment that causes it to become stressed. Environmental factors that contribute to a compromised plant include: If there is a common denominator with all of the variables that a cannabis plant prefers, it’s balance. When a plant is exposed to an environment that doesn’t provide adequate light exposure, light duration, moisture saturation, preferred temperature and humidity levels, and pest and pathogen deprivation it requires, it begins to suffer; meaning it senses its environment is not favorable, and in an attempt to preserve and continue its genetic lineage, it will produce both flowers and pollen in hopes of producing seeds that will live on. Basically, it expects itself to not be able to survive the conditions and adjusts accordingly.

It’s the grower’s job to make sure they do what is needed to keep a plant healthy. In order for a cannabis plant to thrive, it requires a certain amount of daily care. Getting to know the plant, what it likes, and the things it needs will all help the plant reach peak performance. The healthier the plant, the less likely you are to come across issues like herming. Soil recipes, food recipes, and correct watering practices will all ensure that a plant is happy. It doesn’t take much neglect for a cannabis plant to begin showing signs of discontent. A lot of a plant's necessities involves contribution from the grower, which means the caretaker will influence the stress that a plant experiences. Signs a plant is unhappy include: It can be somewhat discouraging to acknowledge that grower errors are causing negative effects on your garden, but if that’s the case, it’s important to recognize that mistakes are being made and corrections are needed. Only then will you be able to achieve the flowers you’re after.

Genetic lineage needs to be taken into consideration when it comes to a plant that will herm. If a plant has been grown outside for generations and then gets brought to an inside grow, or vice versa, it has the potential to herm. Let’s take a Sativa plant, for example, that’s used to being grown at a certain elevation in specific environmental conditions and then gets put into the opposite environment; it can cause it to become stressed as it is not adapted to withstand dramatically different variables; it's not used to it. Feminized seeds can also have a higher chance of herming due to the unnatural process it takes to make them. Fems are genetically predisposed to stress as it typically requires a mother to be sprayed with a chemical to block the female hormone, which causes it to turn into a male, to produce the offspring.

Keep It Or Toss It?

If a plant isn’t a full-on hermaphrodite (male pollen flowers growing all over, from top to bottom), it can probably be saved; for example, if you only see male bananas on the lowers of a plant where light may not be fully reaching. As far as this issue is concerned, this is the best case scenario. It’s recommended that you simply remove the male parts, or bananas, and let the plant continue to grow, monitoring it to make sure it doesn’t develop additional male characteristics. Most of the time, plants that only throw a few male bananas on the flowers are still salvageable. The plant may be able to stabilize itself after becoming more acclimated to its environment or having its environment change to more favorable conditions. A good grower will recognize if something is off in the environment and will correct it if needed, encouraging stability. This usually takes about 3 cycles to accomplish. Please note: Plants that herm will almost always produce pollen, which can seed an entire garden. It’s wise to separate the plant from your grow space for monitoring just in case it does completely herm. That way your garden will be free from pollen. You do not want to breed or grow seeds that were produced from a plant that herms as that trait will most likely be passed down to its offspring.

Don’t become too alarmed if you see a cannabis plant herm. Take its origination, the source you got it from, the environment you expose it to, and the care you give before you write it off. Even the best award-winning strains can herm if they’re in an unfavorable environment, or if they’re not properly cared for. Make sure to really evaluate what’s going on and what kind of plant you’re working with before making the finite decision of tossing it. You could accidentally toss something really special. If you would like more information, or have any questions about a herming plant, feel free to contact us.